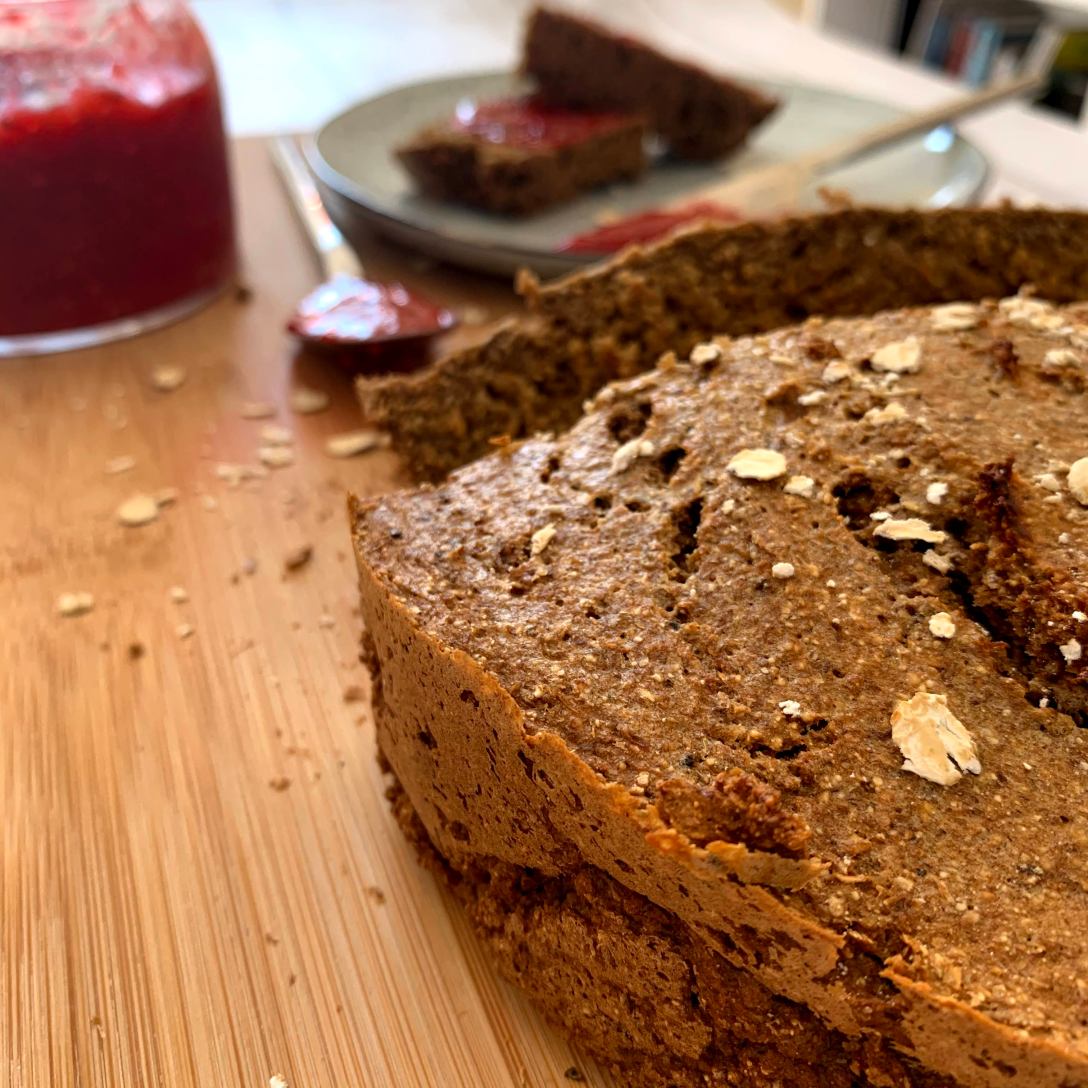 If you have never baked bread before, a traditional Irish soda bread is a really good place to start. It is ‘raised’ with bicarbonate soda rather than yeast so there is no need to wait for it to prove and it’s pretty difficult to get it wrong. Toasting the oats before adding them gives them a darker color and a nutty flavor that really works well here. It is especially delicious served with the Raspberry chia jam recipe in the previous post.